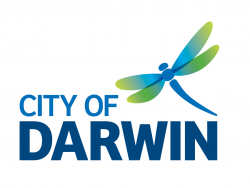 Darwin is treasured country to its traditional owners, the Larrakia people, who are prominent and active members of the local community.

Darwin has evolved from its days as a laid back frontier town and while it still retains its relaxed charm, it has become a sophisticated city. Many visitors are surprised to find that it has accommodation, eateries, clubs, pubs, museums and other amenities that are equal to what you'll find in the southern cities.

Our city is both modern and multicultural, boasting a population made up of people from more than 60 nationalities and 70 different ethnic backgrounds. The city is characterised by its many exciting cultural festivals and weekly food and craft markets.

Darwin is one of Australia's thriving business capitals. In business and industry circles, Darwin is described as Australia's gateway to South East Asia. It's closer to the Indonesian capital of Jakarta than it is to Canberra and is about the same flying time from Singapore and Manila as it is from Sydney and Melbourne.

The majority of Darwin's workforce, about 60%, is made up of Government employees. It is also the main service centre for a wide range of industries headed by mining, offshore oil and gas production, pastoralism, tourism and tropical horticulture. The Port of Darwin is also the main outlet for Australia's live cattle export trade into South East Asia.

Email me jobs from City of Darwin