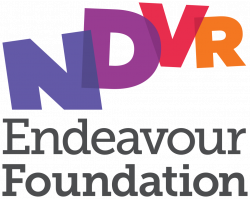 Endeavour Foundation was founded in 1951 by a group of parents of children with an intellectual disability. Initially called the Queensland Sub-Normal Children's Welfare Association, the association was formed with a desire to create more educational options and opportunities in life for children with intellectual disability. The New South Wales Subnormal Children’s Welfare Association provided vital guidance and advice for Queensland parents in the early days.

With their help, a small but active group in Brisbane rallied the public and parents, leading to the creation of a Queensland affiliate of the New South Wales association.

Parents contended that children with intellectual disability should have the same right to education and other life opportunities as everyone else.The Association's first school and support group were established in a member's home, but moved to a large property in Bowen Hills in Brisbane, where the parent - child guidance clinic was established. It was not long before branches were formed throughout Queensland.

Email me jobs from Endeavour Foundation