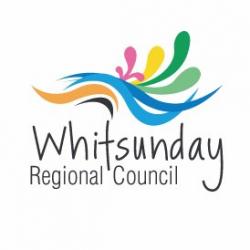 As the gateway to the Great Barrier Reef and the magnificent 74 Whitsunday Islands, the Whitsunday region
has one of the fastest growing populations in Queensland. Boasting a strong and diverse economy driven by
the agriculture, construction, mining and tourism industries; the Whitsunday region has the potential to become the economic powerhouse of North Queensland.

The Whitsunday region encompasses a total land area of 23,862 square kilometres and includes the major townships of Airlie Beach, Bowen, Cannonvale, Collinsville and Proserpine, with numerous rural and coastal communities and residential areas scattered throughout the area. The Bruce Highway is the major transport corridor running north-south through the region, to Mackay in the south and Townsville in the north.

The Whitsunday region is home to approximately 35,500 permanent residents. Due to the strength of the
local economy, the region’s population is expected to grow at an annual rate of 2.3 per cent over the next 20 years, which exceeds the State average of 1.8 per cent.

Renowned for its relaxed lifestyle, the region boasts beaches, rainforests and large tracts of national parkland. While the region is rural and coastal in its nature, residents and visitors alike enjoy access to contemporary facilities including museums, art galleries, cafes, hotels and restaurants, entertainment facilities and cinemas.

The region enjoys a tropical climate of hot summers and warm winters, with average daily temperatures ranging from 22 – 23 degrees Celsius in the winter months of June and July, and up to 29 – 30 degrees Celsius in the summer months of December and January. The tropical wet season occurs during January to March, with the cyclone season beginning in November and typically ending in April.